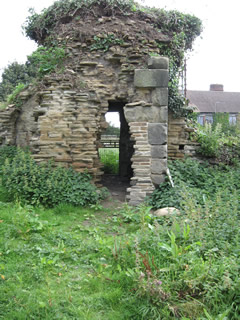 Codnor Codnor Castle is one of only two medieval castles retaining its original medieval architecture in the whole of the county of Derbyshire, the other being Peveril castle at Castleton.

In 1998 English Heritage launched their Buildings at Risk register, a list of 1,500 Grade 1 and Grade 2 properties, including scheduled ancient monuments. This was the result of English Heritage's concern that many of Britain's historic buildings were in danger of crumbling away and being lost to the nation.

Since May 1998, Codnor Castle has been on the Castles of Britain at Risk register with a rating of 5.

Croft's works consisted of repairs to the core of the walls, grouting voids and consolidating wall tops, carefully removing weed/plant growth, general re-pointing and capping the wall tops with turf.

We worked closely with the client and the conservation Architects to achieve a long lasting solution to the maintenance issues at the castle.

Picture below taken before the works: 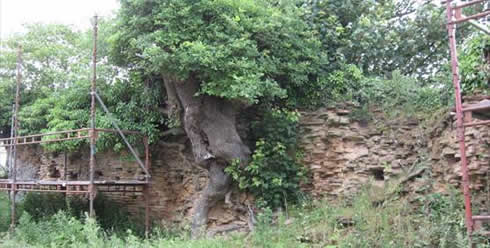 The pictures below show the consolidation works nearing completion:- 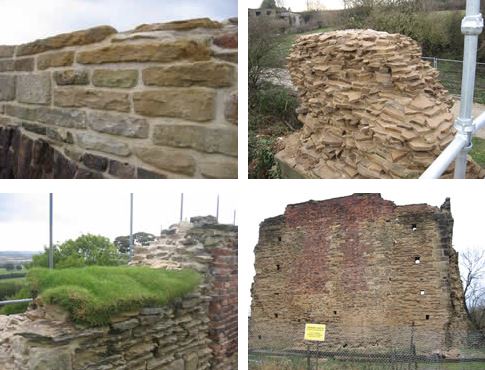